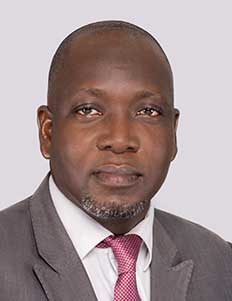 NUREINI FARAYOLA – Head, Internal Audit. Gbola graduated from University of Ibadan, where he obtained his Bsc (Hons) and M.Sc. degrees in Fisheries Management. He is an Associate member of Chartered Institute of Taxation of Nigeria (CITN).
He has widespread experience in Accountancy, Taxation, Auditing and Investigation that spans over 20 years.

He started his career in 1997 with Messrs. Sulaimon & Co. (Chartered Accountants). Later he joined Tripple Gee & Company Plc where he served in many capacities and rose to the level of Assistant General Manager Finance and later AGM Audit. He however joined Flash Group of Companies in 2015 as the Group Accountant. In 2018 he became the Managing Partner of Nurein G Farayola & Co (Chartered Accountants). Gbola was recalled to Tripple Gee & Company Plc, In August 2019, as the Head, Internal Audit; the position he holds till date.