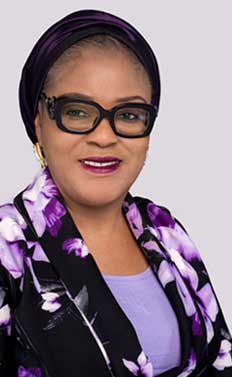 The shareholders of Tripple Gee & Company Plc unanimously approved Mrs Memunat Adebimpe Giwa’s appointment as managing director at the 29th annual general meeting (AGM) held in Lagos. Addressing the shareholders, she said the board and management had been working hard to ensure improved performance, delivery of quality services to customers and increased returns on investments. According to her, the results of those efforts have started manifesting as the company’s turnover and profit for the first quarter ended June rose by 148 per cent and 2,122 per cent respectively.

She has committed to taking the company, which is into the manufacturing of financial instruments, secure and commercial documents, labels and flexible packaging, to greater heights by introducing new business lines.

Mrs Giwa is an astute administrator with many years of experience having worked in various sectors such as oil & gas, packaging and security printing, import and export . She was a General Manager (Packaging) between 2007 and 2014 with Tripple Gee & Company Plc. She left Tripple Gee & Co. Plc in 2014 to manage AN- BOS Nigeria Limited, a trading company with penchant for the supply of raw materials to Unilever Nigeria Plc, Nasha Limited and Dala Foods. She returned to the Tripple Gee fold as an Executive Director after the demise of Giwa in 2018. Her coming to the helms of affairs of the company saw an increase in turnover of 149 per cent within the first six months, a trend that has continued till date.

Mrs Giwa is a graduate of the Lagos State University where she obtained her B.A Education (English), 1989 and Masters in Public Administration, MPA in 1999. She also obtained her Masters in Marketing from St. Edward ’s University, United States. The new Managing Director has assured shareholders and other stakeholders of improved performance, saying the company is undergoing repositioning. Giwa is the wife of the late founder and MD of the company, Chief Gbadebo Ganiyu Giwa, who died in 2018.